The History Of Bad Breath 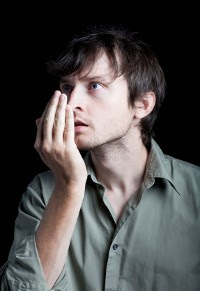 Bad breath.  It’s not something we like to talk about.  But it’s not going to go away if we pretend it doesn’t exist.  Of course, bad breath is not a new problem.  History and literature inform us that people have been struggling with bad breath for millennia.

People Have Been Suffering With Bad Breath For Thousands of Years

Consider the ancient Romans, for example.  The legendary Roman poet Ovid was not a fan of bad breath.  Ovid instructed his readers that “She whose breath is tainted should never speak before eating, and she should always stand at a distance from her lover’s face.”  Pretty harsh, huh?

And Ovid wasn’t alone in his antipathy for bad breath.  The Talmud is the ancient he central text of Rabbinic Judaism.  According to an article in The Smithsonian.com called “The History and Science Behind Your Bad Breath,” the ancient Hebrews also rebuked people with bad breath.  Talmudic scholars inform us that bad breath was also disparaged by the Torah which “decried bad breath as a ‘major disability,’ meaning it could be grounds for a wife to seek divorce or could prevent priests from carrying out their duties.”

Throughout history people with bad breath suffered censure and abuse. “The Talmud warned against it in priests (and) Muhammad allegedly dismissed a follower from a mosque because of it.”  The issue was so taken so seriously that “the ancient Romans employed slaves to clean their mouths to prevent it.”

And according to the Persian epic the Shahnama, persistent bad breath even altered the course of world history. This tale informs us about how King Darab’s young bride Nahid “was sent home to Macedonia because of her intolerable bad breath.”  However, “Unbeknown to her either her husband or father, King Phillip, she was already pregnant with a baby boy.”  Nahid’s son turned out to be Alexander the Great, the powerful Macedonia king and conqueror.

Some Famous People From History Who Struggled With Bad Breath

Erasmus Darwin, an 18th century English physician and philosopher, wrote about the halitosis of a very sick patient. Darwin notes that the patient’s “Breath (was) still bad” as his condition had become “nearly hopeless.”  Doctor Darwin decides that he “dare bleed no further.” So in this particular case bad breath protected the man from bleeding, which was then erroneously considered to be an effective treatment for disease.

Thomas Carlyle, the famous 19th century Scottish historian and philosopher, was obsessed with foul smells which he attributed to the collective bad breath of society “the streets get villainously baked, an unwholesome stew of bad breath coming out of every cellar and grocer’s shop.” These smells distressed Carlyle to the point where he would “pray for rain.” Of course, Carlyle lived before the advent of modern sanitation practices, so it’s logical to assume that most of the unpleasant smells that he fretted about originated from sources other than people’s mouths.

Bertrand Russell, a very prominent 20th century logician and mathematician, relates how his own bad breath seriously damaged his relationship with his first wife. “I suffered from pyorrhea (gum disease) although I did not know it, and this caused my breath to be offensive, which I also did not know. She could not bring herself to mention it.”

Jane Austen Was Not So Polite About Bad Breath

The famed English writer Jane Austen is noted for her genteel novels which cover appropriate etiquette and manners in great detail.  However, Miss Austen was not so genteel about the subject of bad breath in her private correspondence.  “In a letter to her sister Cassandra, she once complained of some neighbors: ‘I was as civil to them as their bad breath would allow me.’”

Because bad breath as vexed and tormented humanity for thousands of years, it is not surprising that we have gone to such lengths in search of a remedy for this particular malady.  The ancient Egyptians, for example, “appear to have invented the breath mint some 3,000 years ago.”

When they weren’t busy building the Great Pyramids, the Egyptians attempted to counter the effects of bad breath with “concoctions of boiled herbs and spices—frankincense, myrrh and cinnamon were popular flavorings—mixed with honey to make sweets that could be chewed or sucked.”

Concern about breath and oral hygiene spurred the Chinese to invented the first bristle toothbrushes back in the 15th century. They did this by “harvesting hairs from pigs’ necks.” But they were hardly the first people to practice a regimen of oral hygiene in order to improve their breath.  Over 5,000 years ago, “Babylonians began trying to brush away bad breath with twigs.”

The Talmud, which as you will recall decrees bad breath to be sufficient justification for divorce, also offers succor to people who have to endure the condition.  The ancient holy text “suggests some remedies, including rinsing with a mouthwash of oil and water, or the chewing of a mastic gum made from tree resin.”

The mastic gum recommended in the Talmud is still employed as a redress for bad breath by people in the Mediterranean region.   And interestingly, modern science confirms the wisdom of the ancient Hebrews.  This tree resin “has since been shown to have antibacterial properties.” Not surprisingly, it is “still used as gum in Greece and Turkey today.”

The Talmudic authors weren’t the only ones to proffer solutions for bad breath.  For instance, Pliny the Elder, the first century Roman naturalist and philosopher addresses the topic in his early encyclopedia Natural History, The author, who perished in the eruption of Mount Vesuvius, advised and interesting remedy for bad breath: “To impart sweetness to the breath, it is recommended to rub the teeth with ashes of burnt mouse-dung and honey.”

Like many prominent historical figures, several characters in literature have also sought relief from bad breath.  One example of this is found in Geoffrey Chaucer’s Canterbury Tales.  Chaucer tells us about a “jolly lover” named Absalon who “prepares for a kiss by scenting his breath with cardamom and licorice.”

During the 19th century, people in the West became increasing concerned with matters of health and hygiene.   This phenomenon led to an increased interest in treatments for bad breath, which was often seen as an indicator of poor health.  “In Europe and the U.S., tins of breath fresheners, called cachous, became a must-have item in the 1800s.”

These candies were “sucked or chewed to ‘disguise a stinking breath’ according to one 1850 self-help book.”  They were concocted from fragment ingredients such as “cardamom, ambergris, musk, essence of violet, essence of rose, licorice or oil of cinnamon.”

Today we know what causes bad breath and we have many effective, scientifically-validated remedies for it.  Dr. Anthony Daly and our outstanding team at the Center For Breath Treatment are here to help.  So give us a call today.  We promise we won’t try to bleed you or give you toothbrushes made out of pigs’ bristles.