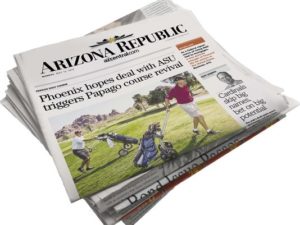 Dr. Dailley’s newest dental venture says a mouthful about our society at large. Director for the Center for Breath Treatment in San Francisco, Dailley already has treated hundreds of patients for bad breath since opening his clinic there last fall. If the American Dental Association’s statistics are correct, he’ll likely have plenty of more clients for years to come. About 10-15 percent of us are considered down in the mouth, fighting a losing battle against halitosis. “To these people, it’s kind of like leprosy,” Dailley said. “It’s probably one of the biggest social issues out there as far as social hygiene is concerned.” Indeed, with as many as 25 million to 85 million Americans suffering from varying degrees of bad breath, more dentists are beginning to focus their practices on breath treatment, said Chris Martin, a spokesman for the ADA. “Dentists are in a good position to treat this,” said Martin, who has witnessed a growing number of such centers popping up in the United States during the last three to four years. “People are more concerned about a whole range of things about their health and appearance. This sort of fits in with that.” For many of those that have suffered from halitosis, however, the problem is anything but a cosmetic one. “Poor breath can cause relationship difficulties, leaving the sufferer feeling like a social outcast,” said Dailley, who has practiced dentistry for the past 16 years. “It affects your outlook on life,” said Susan P., a Concord, Calif. insurance broker who has lived with bad breath for 40 years. A recent patient of Dailley’s, she asked to omit her last name to avoid further social stigma. “I grew up with a very low self-esteem. Kids could be very cruel.” she said. I grew up realizing I had a (breath) problem. That prevented me from socializing, and as an adult from being a productive member of the workforce. It held me back on positions – at least I thought it did.” For years, Susan sought the help of her doctor and dentist, but to no avail. “I knew the problem could be resolved some way, but my dentist would say, ‘There’s nothing that could be done,’ or my doctor would say, ‘Millions of people suffer from bad breath and you just have to live with it.’ But I never gave up hope.” Salvation came in the form of three visits to Dr. Dailley’s clinic, where he examined her mouth, took an extensive medical and dental history and determined the culprit to be a bacterial problem in Susan’s mouth. Bacteria had settled in throughout Susan’s tongue, a place she had never thought before to clean with her toothbrush. Although gastrointestinal problems are sometimes to blame, most cases of halitosis stem from bacteria that can become rampant when the environment in the mouth is out of balance, Dailley said. This can be triggered by sinus or allergy conditions, medications that cause mouths to dry up, and even medical conditions like diabetes. To help measure the extent of a halitosis sufferer’s problem, Dailley employs the use of a Halimeter machine, which monitors the level of volatile sulfur compounds in the mouth. The bacteria produce a gas that smells like rotten eggs; it can be neutralized with special toothpastes, gels, and solutions. Treatment can also include outside dental care (Dailley boasts that he never uses a drill on patients in his office), instruction in removing bacteria, and a supply of the nontoxic topical solutions that cut down on bacteria. The cost: about $500.00, most of which is not yet covered by insurance. “Still, it’s a small price to pay, Susan said. ” I think anybody with this type of problem would certainly pay the price. How much money do we pay in mints and mouthwashes? And all that does is just hide the problem.” Specialists like Dailley boast 98-99- and even 100 -percent success rates, and draw patients from around the world. “Most of the patients we treat have had the problem for decades,” Dailley said, and most are between their late 20s and late 40s. “It’s not because those are the ones who most demographically have the problem. They’re the ones who are most motivated to deal with it. In truth, halitosis knows no barriers: race, religion, or socioeconomic backgrounds.” The ADA does not report, however, that men are more likely to suffer from chronic bad breath than women. Still, no one is immune, part of the reason why over-the-counter “cures” like mints, rinses, sprays and chewing gums have become a $1 billion industry. Those products do little but temporarily mask the problem. According toa 1992 test by Consumer Reports of 15 mouth rinses, all worked for at least 10 minutes at covering up “garlic pizza breath.” After an hour some were still effective, but by the end of the second hour, none were. Susan said her recent breath treatments have made a world of difference. “I’m not shy in my closeness to people. I am not hesitant about presenting myself. My smile is much brighter.”

Back to In the Media

Dear Doctor, Thank you for helping me with this problem. Because what I got from you was really amazing*. I suffered having bad breath fo… END_OF_DOCUMENT_TOKEN_TO_BE_REPLACED